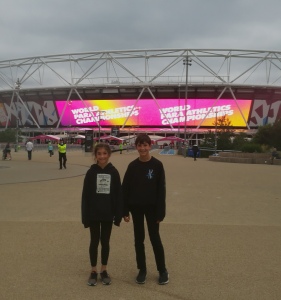 One of the many controversies surrounding the Olympic Games is the concept of “legacy.” Each city makes big promises. None deliver. None except London. London has done a fantastic job with the Olympic legacy. Sure, I have no doubt lots of people have lots of gripes, but overall it is something of which to be proud. Olympic Stadium now the home of West Ham. The aquatics complex in constant use by the public. Beautiful and popular Olympic Park. But the best legacy of all is the London attitude to disabled athletes. There isn’t a city in the world that can claim what we have. Popularity. 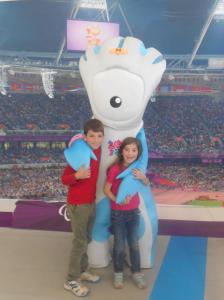 Think back to that dreamy summer of 2012. The Paralympics weren’t just attended, they weren’t just well attended, they were sold out. SOLD OUT. I saw more sports that I can even remember, and the venues were packed. Crowds cheering, flags waving, heroes made, breakfast television couches filled, more victims for the paparazzi. Of course, this could all have been just leftover euphoria from the incredibly successful Olympic games. Except that it lasted. It still exists.

It was not too much before the Olympics that I became involved in the charity Walking with the Wounded, an organization that helps soldiers with life-changing injuries create a new life in the civilian world. Through a friend I met the founder, my boys’ school chose them as their charity of the year, I ran the marathon for them in 2013. Later in 2013 I climbed Kilimanjaro, with 4 friends and a wounded serviceman, Ibi Ali. It was a phenomenal experience. Through Walking with the Wounded, injured ex-military have done extraordinary things. Artic Circle, Antarctica, Marathon des Sables and more. 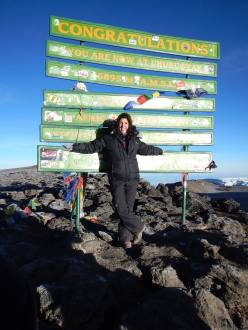 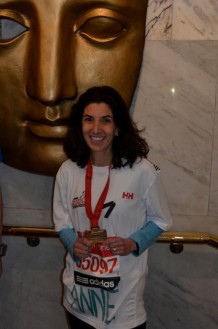 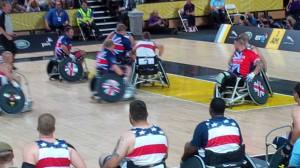 we weren’t  the only ones. Once again, the venues were crowded with loud, enthusiastic members of the public. Like the 2012 Olympics, the 2014 Invictus Games were a magical few days, finishing off with a concert in Olympic Park which may have been one of the best I have ever been to, not least because the line-up included my beloved Frank Turner and the 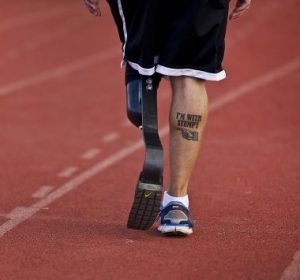 incomparable Foo Fighters. It is impossible not to feel overwhelmed with awe when the lyrics “learning to walk again” are being shouted by women and men with prosthetic legs who, on a bad day, can run far faster than I can on my best day. Inspiring indeed.

Fast forward a few years and while I don’t raise money for WWTW anymore (they have rather outgrown the efforts of Wandsworth women,) my interest in paraathletics has not dimmed. So I was delighted to attend the 2017 World Para Athletic Championships, in the previous Olympic stadium, now known as London Stadium, last Saturday night, with my younger two in tow. Happy to repeat myself in saying we weren’t alone. The stadium was plenty full. The people around me were knowledgeable about the competitors. The crowd went crazy when the British were on the track or field, even more so when they won. And win they did. Often.

The highlight was the 200m…starring gold medal paralympian Richard Whitehead and Invictus superstar and bronze medal paralympian Dave Henson. They finished 1st and 3rd. The stadium roared. It roared again when Hollie Arnold broke the world record in the javelin. It roared when the Kenyans ran too. Actually the noise was consistently high throughout. Lots of Americans competed and won as well. When interviewed they all said the same  thing, that London was the “best, the BEST” place to compete. London’s legacy. Doesn’t get much better than that.