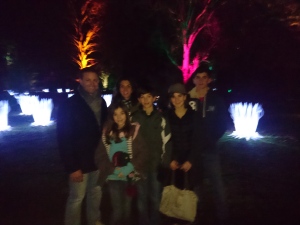 Christmas is not my favourite time of year. It never has been. Easter I love, and theologically speaking, that is the better choice. Handel’s Messiah was originally written for Easter. Really, it was. But Christmas hijacked it. And, along with overly-rich plum pudding, has become a “tradition.” “Bah Humbug,” I say. “Scrooge,” you may call me. But I am not Scrooge. I don’t want to be Bob Cratchit, Tiny Tim, the ghost of any Christmas or those dancing relatives either….in fact I don’t want to be any of those Victorians….and there it is! It isn’t that I don’t want Christmas, I don’t want Victorian Christmas. I don’t want Christmas cards (though I have sent them by the tonne in years past), I don’t want Christmas trees (though I have one this year and last year had 4! And I have an enormous collection of historical ornaments that would take several 12 foot trees to display completely), I don’t want overdone meals with desserts no one but me likes or insipid Christmas songs sung by pop stars (groan.) And I really, really, really don’t want anyone to tell me that any of the above has religious significance. Because it doesn’t. The Victorians reinvented what had been a pagan holiday in an effort to make themselves forget, albeit it briefly, that life was pretty horrible for most. I don’t want the desperate shopping (the Black Friday spending binge, is there really anything more repulsive) or the Coca-Cola Corporation’s fat, red Santa, or that hideous recent addition of The Elf on the Shelf (seriously?). And all that peace on earth blah, blah, blah is particularly disingenuous. You only have to look at one photo from Aleppo to see how little we mean any of those platitudes. All the faux seasonal joviality just makes a mockery of the reality of the state of the world.

Then there is the stress, the stress that comes with trying to live up to an unattainable level  of perfection. Because a perfect Christmas is what we all want. What we all need. What we all have to have. Right?  Just look at the packs of exhausted women and their overwrought children filling the pavements. The endless rounds of Christmas parties with burnt out colleagues. Extended family, under one roof, for days at a time. Or crushing loneliness. 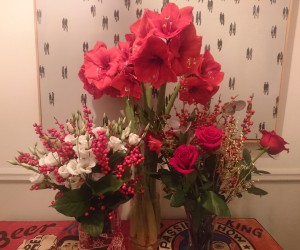 And it was in this state of unfestive gloom that I took myself up to York, my favourite English city after London, and realized it isn’t Christmas that I don’t want. It is Victorian Christmas I don’t want. But a Medieval Christmas, a proper yuletide festival, like the one I saw in York, with a modern twist, that would be ok.  Fun and games led by self appointed Lords of Misrule and Abbots of Unreason and lazy time with family. Greenery, holly, ivy, box, laurel, yew  brought in from the cold and lots and lots and lots of flowers. Flowers in red and white and gold spilling out of every container in every corner of the house. A permanently burning Yule log would be great, but probably not such a good idea in a no-longer working fireplace, so candles, a virtual log of candles. And lights on trees. Not trees that have been cut down and dragged into homes to die slow needle-dropping deaths, but glorious living, breathing, gigantic trees covered in electric colour. 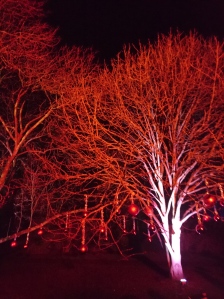 And for this, you can ask for no better place than Kew Gardens. In a moment of trying to plan something Christmassy, I had bought tickets to Christmas at Kew weeks earlier, something we had never been to before. I didn’t know what to expect. WOW. I should have known it would be fantastic. It is Kew Gardens after all. 300 acres of growing glory. The gardens are a wonderous, magical, fantasy land of light and shadow. And we walked through together as a family, a long walk, in the dark and the cold, 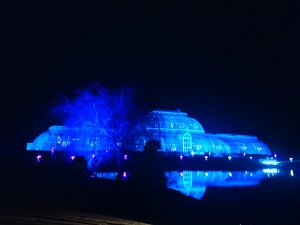 looking at beautiful things. No gimmicks, just loveliness. We had a calm, happy, wonderful time.

What else would I want in my modern Medieval Christmas? Christmas crackers, Victorian I know, but I like the jokes. And I love carol concerts. So to my fantasy I add many, many sing-along carol concerts lead by gospel choirs in which the women wear angel wings. I will wear angel wings too. And will belt out every song that feels good to sing, seasonally appropriate or not. And our Lord of Misrule (my youngest would relish the role) will lead us in harmless fun without any deeper meaning or import than that it is a bit of joy at a dark time of year. And we will enjoy ourselves. And enjoy each other. Yes, I think that is the way forward.

So what about this Christmas story then?  The one that has absolutely nothing to do with shopping and postage stamps and tediously long queues for everything and cakes that no one eats. The beautiful, simple tale of a  teenage girl, pregnant and unmarried and her frightened young boyfriend, bringing a child into the world, not in December, more likely in the spring, in very unpromising circumstances.  Yet this child becomes a figure of incredible influence. He changed the course of history. And offered the promise of a new humanity. Sadly, that hasn’t really worked out so well, we are just as awful as we ever were. The first 5 minutes of the BBC news this morning confirmed that: Aleppo, Berlin, big banks punished for their role in the financial crisis, pedophile football coaches, government snooping and this little beauty on the front page of the newspaper: “Civil servants who dole out foreign aid billions pay themselves more than any other ministry.”

For shame!  The truth is, 2,000 years on we have a lot more Herod in us than shepherds or wise men. And that, my friends, is something we should think about every day of the year. Not just for Christmas.